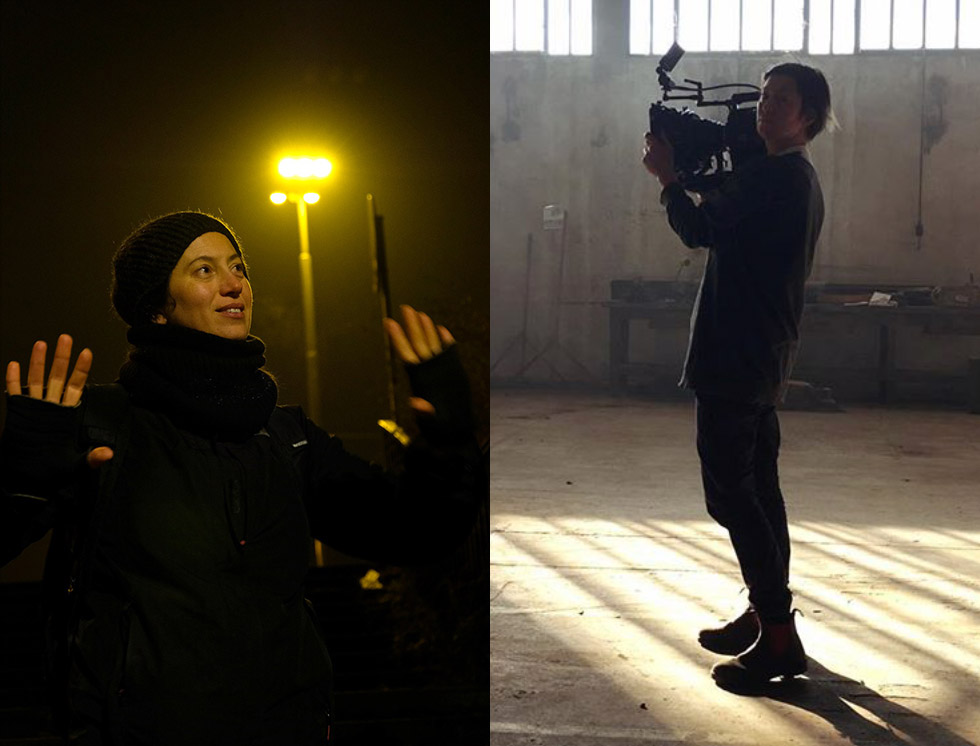 I graduated from the Academy of Fine Arts in Bologna, with a major in Decoration. I worked in the fashion industry as a stylist, while pursuing my research as a visual artist. Over the years, I developed a deep interest in cinema and video art.

In 2006, I graduated in Photography from the Experimental Cinematography Center in Rome.

I started my artistic career as a photographer and performer. Following my interest for the performative aspects of contemporary photography, in time I began to be the subject of my works.

Currently, my research encompasses video art, cinema and documentaries. I work as a cinematographer and exhibit my art works nationally and internationally in museums, galleries and festivals.

I pursue and combine two passions, cinema and contemporary art. This enables me to elaborate a cinematographic language through artistic research with more experimental elements.

In 2006, I co-founded the artistic duo CianographicSisters (Emanuela Biancuzzi e Debora Vrizzi), in remembrance of the artist Piermario Ciani, a friend who died prematurely.

This website uses cookies to improve your experience while you navigate through the website. Out of these cookies, the cookies that are categorized as necessary are stored on your browser as they are essential for the working of basic functionalities of the website. We also use third-party cookies that help us analyze and understand how you use this website. These cookies will be stored in your browser only with your consent. You also have the option to opt-out of these cookies. But opting out of some of these cookies may have an effect on your browsing experience.
Necessary Sempre abilitato
Necessary cookies are absolutely essential for the website to function properly. This category only includes cookies that ensures basic functionalities and security features of the website. These cookies do not store any personal information.
Non-necessary
Any cookies that may not be particularly necessary for the website to function and is used specifically to collect user personal data via analytics, ads, other embedded contents are termed as non-necessary cookies. It is mandatory to procure user consent prior to running these cookies on your website.
ACCETTA E SALVA